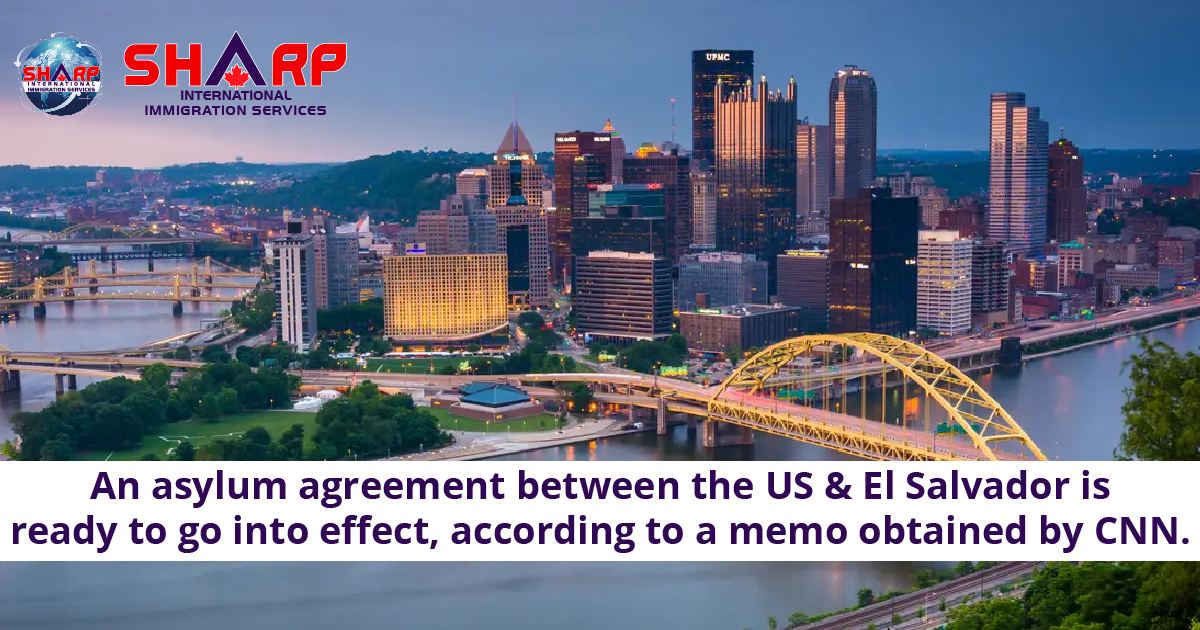 An asylum agreement between the United States and El Salvador is ready to go into effect, according to a memo obtained by CNN.

The agreement signed last year would send some migrants requesting asylum at the US border to El Salvador to seek protection.

US Homeland Security Secretary Chad Wolf, who travelled to Panama and El Salvador this week, called the implementation of the so-called Asylum Cooperative Agreement a “critical step in the establishment of a truly regional approach to migration, and, more specifically, to the offer of protection to those migrants who are victims of persecution.”
Source CNN

We Are Your Visa Expert